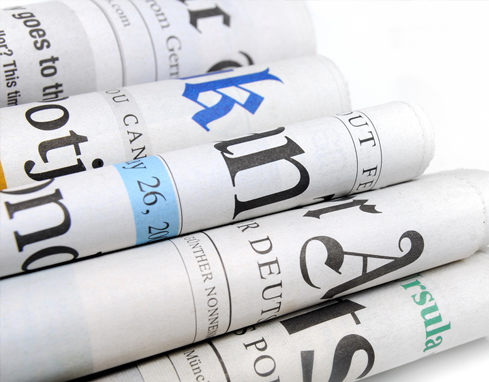 Is the electric vehicle metals boom sustainable? The photo shows a woman connecting an electric car to an energy source.

The metals used in electric vehicles, such as lithium, cobalt and copper, are at the heart of the revolution currently taking place in the automotive industry. Strict regulations, government support programmes, and the increased use of electric vehicles in certain regions are all strongly stimulating demand for these metals, which are now indispensable in the manufacture of batteries. Imbalances between supply and demand are thus pushing up their prices, even though the market share of electric vehicles remains modest. In its latest analysis, Coface does not foresee any major changes in these price trends over the next two years.

The different battery configurations, or the possible use of hydrogen as an energy source, wil not reduce the pressure on the use of these metals, even if the high cost of their integration contributes to encouraging research and development in alternative technologies. However, these efforts could change the situation in the longer term, with strong competition between countries wishing to gain an advantage in the next generation of vehicles.

The electric vehicle segment continues to grow globally, with a market share of 13% in 2020 compared to 8% in 2019. According to the International Energy Agency:

While car sales fell by 6% in 2020, electric vehicle sales rose by 41%, as Europe showed a strong appetite for this segment.

In addition, internal combustion engines will be banned from sale in some markets, including Europe by 2035, removing competition for electric motors.

This trend puts pressure on metals needed to produce vehicles: lithium, cobalt, graphite, nickel, rare earth elements, aluminium and copper. Several tens of kilograms of metals, if not hundreds, are used in batteries, notably aluminium, which accounts for about half of the total weight, followed by copper, graphite, and nickel.

Aluminium is used not only in batteries but also in other parts of vehicles, such as the chassis or internal panels, because of its weight advantages and its ability to protect effectively against collisions. The case of copper is also interesting: it is essential for the production of batteries, but also used by electricity suppliers, who have to develop new networks to adapt to the electrification of car fleets and this new demand for energy.

Coface expects nickel, aluminium, and copper prices to rise by 34%, 25%, and 47% respectively between 2020 and 2021. In addition, demand is expected to rise considerably between 2020 and 2050. Copper demand for electric vehicles is set to increase by 9.9% annually during this period, while nickel will likley grow at an annual rate of 11.8%.

The main producers of these highly sought-after metals are the Democratic Republic of Congo (DRC), Australia, Indonesia, Chile, and Russia, prompting these governments to amend their mining codes in order to capture a greater share of the added value generated, but also to strengthen environmental regulations to protect local communities.

The pressure on mining and metal companies to improve supply and respond to these trends will be intense.

Coface expects capital expenditure to increase in order to capture growth, but companies in the sector will also need to show strong profitability, which represents a short-term challenge. Indeed, this sector was deeply affected by the pandemic at the beginning of 2020, given the fall in price in line with the drop in demand and the various lockdowns. As the economic outlook was weaker at the time, exploration and capacity addition budgets were reduced before the trend reversed.

MANY CHALLENGES REMAIN IN REDUCING DEPENDENCIES

Battery manufacturers and their customers are trying to reduce their dependence on cobalt, but also to find alternative energy sources. Hydrogen is generally cited as a strong alternative, capable of alleviating the overall costs to the industry and the burden on the environment. However, Coface does not expect hydrogen to be a game changer in this decade without strong incentives from governments.

In addition, players in the battery ecosystem – which includes end-users such as car manufacturers – are not expected to favour hydrogen in the short term, as they have invested heavily in batteries to comply with the stringent regulations put in place by the various authorities.
Recycling and the circular economy are other responses to meet rising demand and reduce the impact on the environment. Although the will to develop the use of electric vehicles is based on achieving the objectives of the Paris Agreement and the fight against climate change, metal extraction, like any mining process, has a significant impact on the environment and on communities. In the DRC, deforestation and child labour are widespread. Such issues need to be addressed to give the electric vehicle revolution the credit it deserves.

With millions of electric vehicles being sold, recycling will be a key issue in the coming years, and many companies are rushing to develop their own operations in this segment. Cobalt and nickel recycling is relatively mature, with an overall rate of 60%, but lithium is rarely recycled with an overall rate of only 1%. There is therefore room for improvement, particularly with better waste management.